Members of juries in the 4 competitive categories 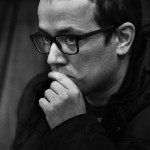 Francesco Dongiovanni (1978) lives and works in Apulia (Italy). He has been interested in ethnology, landscapes, archive, memory and anthropological cinema for a long time. He works for the production company Murex, which he founded with his collaborators.
His filmography also includes the medium-lenght films: Happiness Is a Densely Unpopulated Place, Elegies from the Beginning of the World – Of Men and Trees and Giano. 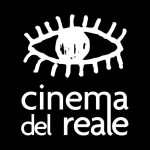 ‘Cinema del Reale’ is a Big Sur communication laboratory project, which aims to create places to storage, exchange and distribution of cinematographic creations. It aims to raise awareness and disseminate the authors and audiovisual works that provide descriptions and personal and unique interpretations of past and present realities of the world and reveal different kinds documentaries: experimental films, film-wise, personal diaries, family films, major reports, investigations historic, classic narratives, fragmentary stories.
Recognized or lesser known authors, with different geographical horizons, political and cultural, are an expression of a cinema that has limited resources but which has great inventive and communicative skills.
These films are great research tools, the knowledge, the real story and are inspired by the need to say things and see men and women as they are, without resorting to the ploy of inventing the extraordinary, because they can find in the real the extraordinary occurrence . The realization of these films often requires years of research and filming because they recount events, changes and transformations over time. The authors have the ability to improvise and deal with the randomness, working with actors who are generally real people, who talk about their experiences or playing themselves, bringing into play their own truths.
‘Cinema del Reale’ is a melee between those who films and who is filmed, is an improvisation dynamic made of looks, words and movements.

“Do not resign from the South” is the guideline of Serraglio.In a space – time dimension where identity is in crisis, the association “Il Seraglio” is proposed as a promoter of contemporary soul that wants to emerge from aphasia General , creating a participatory network with people and with the operators, often migrants of our land, and with all those who are interested in the cultural revival process. The visual arts, especially cinema, are the means by which it expresses Il Serraglio, involved since 2004 in the organization of the ‘Vicoli Corti’ Festival. Since 2010, attention is paid to schools with thematic film forums and film language laboratories. Creation of exhibitions and retrospectives at the Spadaro, a centenarian cinema in Massafra, are other activities that aim to promote the film industry and the protection of the country salt. The frantic race seems to give us the deepest meaning of the newspaper and himself, and “the work of art is always a work of confession” as Umberto Saba says,
each mindful of the social initiative is first a confession, a ‘mea culpa’ that everyone should read, then cultural challenge that invites to dismiss the vacuum and to be conscientious. 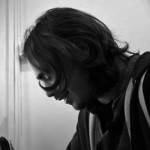 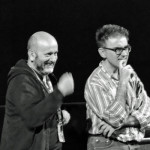 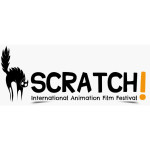 Ingredients:½ kg of animated shorts, 2 or 3 professionals of the field in jury, workshops, 250 g of regional funds, 3 good friends and film lovers and a hint of creativity.Preparation:mix everything in the pan of a city of art and make it simmer for a few months.In late June, the end result will be Scratch! a European animated film festival.

Scratch! is the first festival in Lecce entirely dedicated to animated shorts. It has been funded thanks to the Regional project ‘Principi Attivi’ 2010.

The festival includes three days of screenings open to the public.

A Jury composed of leading personalities from the world of animation will award one film per category.During the three days of Scratch! there will also be a retrospective dedicatd to an important artist of the European animation film scene and a thematic workshop.